Multiculturalism vs. Populism in the European Union

Dirk Wouters, Belgian Ambassador to the U.S. since 2016, former Permanent Representative to the European Union, former Deputy Permanent Representative to the United Nations, former Chief of Staff to the Belgian Minister of Foreign Affairs, and a former Diplomatic Advisor to Prime Minister Herman Van Rompuy, speaks about the importance of multiculturalism in response to the growing rise of populism. Ambassador Wouters contends that, contrary to populist notions of exclusive, dichotomous identities, today's globalized world permits and incentivizes and a collective embrace of each of our many national, ethnic, and supranational identities. 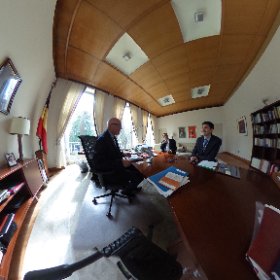