Ambassador Valdes speaks about his time in political exile in the United States during the Augusto Pinochet regime, his narrow and accidental escape from an assassination attempt in Washington, DC, and his efforts to topple the dictatorship through grassroots political organizing of opposition parties towards the end of the Pinochet regime. Ambassador Valdes emphasizes the importance of his role in fostering connections across and between societies and elaborates upon his collaborative trade initiatives with individual American states to ensure that not only do both nations maintain positive relations but that the people of those nations also engage in meaningful dialogue. 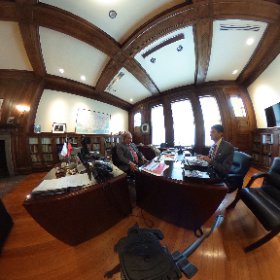