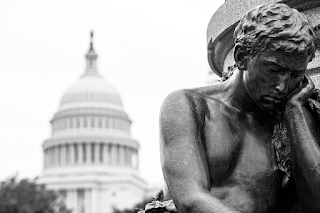 How would you react if you met someone and found out that they were a politician? Chances are that you’d ask that person why he would want to do that. You might even make a few assumptions about that person’s character.
National political dialogue tends to leave a bitter taste in one’s mouth. There is such a negative connotation associated with politicians that many politicians have taken to disavowing the term in favor of identifying as elected officials or public servants. The politicians that you read about in the mainstream media are often portrayed in a negative light, having been caught acting unethically, ensnared in a scandal. That’s news and that’s entertaining.Yet the overwhelming majority of politicians are responsibly executing the duties of their position, responding to constituent calls, deliberating over legislation, and generally serving their communities. Most politicians act in the public interest most of the time to the best of their abilities. Most politicians agree that the advancement of the public interest is their top priority in elected office and they differ only on what constitutes the public interest and how to advance it.And in a testament to the good character of our citizenry, many of those involved in advancing the public interest do so in volunteer or professional capacities that often have no direct intersection with electoral politics. Their voices also ought to be heard; their stories ought to be told.The underlying theory behind Public Interest Podcast is that if a positive news source were to be created as a platform for individuals from across a wide swath of society to speak to how and why they have chosen to work to make the world a better place, not only for themselves but for others as well, then perhaps our national dialogue could become more civil, more respectful, and more accepting of difference. There seems to be much hate and intolerance in our national community that is driven by a fear of the unknown. Public Interest Podcast operates upon the premise that Revealing Our Humanity through our own voices and with our own stories will open space in our national dialogue for greater understanding of those who are not like us.Public Interest Podcast is also driven by a more explicitly political corollary of this theory of tolerance. If everyone were able to have a 25 minute one-on-one conversation with every elected official currently representing them and every candidate seeking to represent them, everyone would be able to decide which candidates they like best. Given that it is physically impossible for a congressmen to spend 25 minutes with each individual in their 800,000 person constituency or even for a state delegate to reach all 120,000 of their constituents, Public Interest Podcast aims to create a facsimile of this experience for listeners as though they were actually in the room with the politician, activist, advocate, or public servant.In this way, Public Interest Podcast aspires to create a more positive association with public service in all of its many forms.